The new multifaceted mini crane SPX650 has landed in the Dutch market. With a maximum reachable height of 23.5 m, compact dimensions, a lithium battery power supply, cutting edge stabilisation and hydraulic systems, the new 5-ton mini crane had already captured the attention of the international market after the official launch last year.

After the first tests with the machine, Hocap comments: “We are proud of having the first unit of SPX650 in the Netherlands! The machine is characterized by its elegant Italian design, its high safety standards and embodies all the latest major innovations. Literally every function of the crane can be controlled from the radio remote control. Furthermore, this Jekko has a boom that every crane operator is dreaming about. This new model is fully in line with the SPX532 and both machines stand for a new generation of mini cranes, achieving the maximum performance”.

SPX650 embodies the most advanced technical solutions: it can count on a sophisticated hydraulic system by Danfoss, 100% electronically-operated, which allows smooth and accurate crane movements, and on a new stabilisation system for endless operating configurations. The crane features also a new 1.2 tons hydraulic jib with 3 extensions and a new 2 tons runner jib. Last but not least, SPX650 is equipped with a custom designed 48 V lithium battery pack which allows unchanged and constant performance even in case of intense use with heavy loads and the possibility of operating indoor without any kind of emission.

Looking ahead to the next steps, Hocap adds: “In the upcoming months we will present this new model to the market with demo and events. We believe that the new 5-ton mini crane has many chances to succeed in the Dutch market and will stand out in the lift and handling sector”. 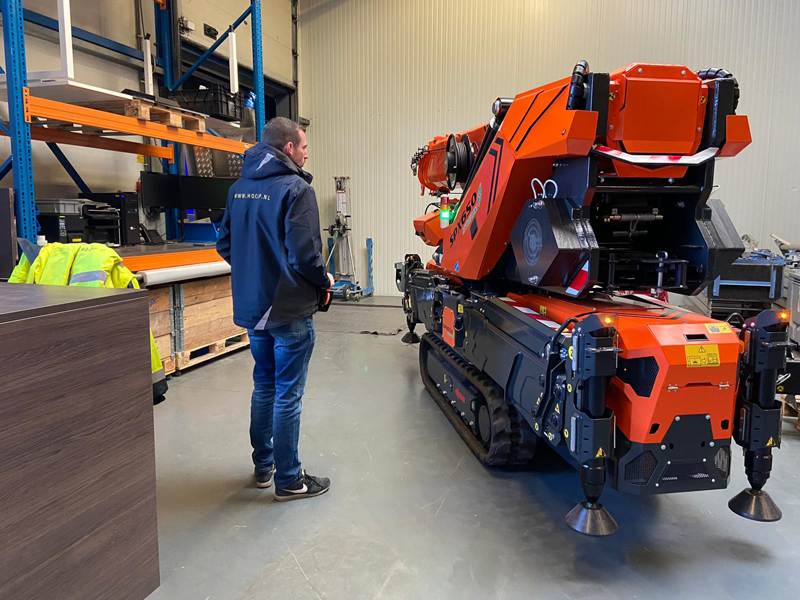