Jekko is glad to announce the establishment of a new subsidiary in Germany: the company will be named Jekko Deutschland and will allow a more widespread presence in the German speaking areas.

15 years have already passed since the first Jekko mini crane landed in Germany. From that moment on, the German market has become increasingly important and now Jekko mini cranes are widely appreciated, also thanks to the precious work of NordKran, Jekko’s official dealer for Germany and Austria in the past five years.

The strategic importance gained by the market and the wish of having a more direct supervision of the German speaking areas led Jekko to the decision of establishing a subsidiary in Germany, named Jekko Deutschland and headquartered in Witten. Besides Jekko, the new company has two other shareholders: Mr. Carsten Bielefeld, formerly Sales Agent at NordKran, and Mr. Andreas Krome of Lift Service Krome, which manages Jekko after sales services in Germany. NordKran will keep on supporting Jekko as a dealer in Northern Germany. 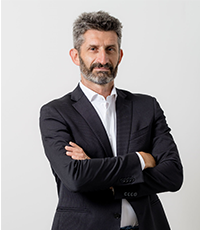 Jekko’s CEO, Mr. Diego Tomasella, expresses full satisfaction with the new project: “With the establishment of Jekko Deutschland we want to make a step forward in the German market, which has always been attractive and challenging for Jekko due to its high quality demand. We have done a very good job in the last 5 years with our partner NordKran, that will remain not only our local dealer for a wide region in the Northern Germany but will extend and improve its products and services range for its customers. Our goal will the local company Jekko Deutschland is to be more reactive and present both in sales and after sales for all kind of customers, from a single end user to a big rental company. Jekko’s range is growing with the introduction of a wide range of products and we believe that the German market will react in a positive way to our proposals.”